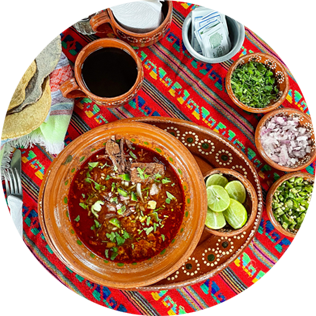 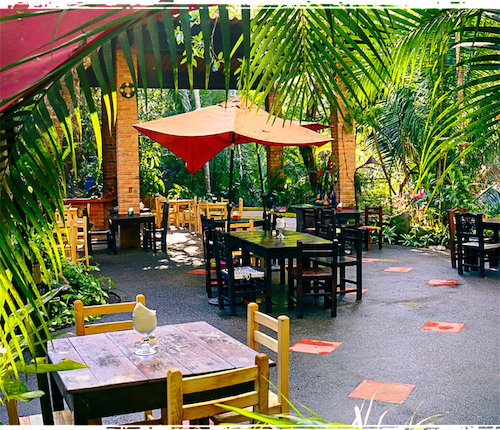 EXCELLENT Based on 27 reviews.

Phil K
Your family will never forget this vacation experience! Tremendous hospitality and professionally run operation! Zip lined with my wife and young daughters. Highest praise to our guides, Jose and Jorge! The great pictures we got of our family Zipline tour are amazing. I’ll try to upload soon. The GM, Miguel, went above and beyond. Expertly led tequila tasting and a beautiful lunch with fabulous resident parrot, Juanita, to capstone an unforgettable and exhilarating experience. If you have the good fortune to visit Puerto Vallarta, the people, the culture, and the Nogilta Ecopark will be unforgettable as it will be for us.

Juli H
Amazing Fun second only to Safety This should be the number one zip line company on Trip Advisor! Run by one family they each know exactly what needs to be done and are extremely proud of their creation and business. Yes there is a but of a hustle with food and photos, but that is everywhere in PV. Top priority is safety. Seriously. If you want to mess around and get hurt, go elsewhere. At Nogalito, fun is king but safety is God. We climbed quite a bit and the rewards were awesome ziplines. Our guides were Javo and Luis. Javo was so much fun. We loved every minute of our 11 lines. At the end we were sad we could not go again. Unfortunately, you must make a reservation. Call either Nogalito direct or go through AllPVtours.com. You will not be dissapointed by the personal polite and welcoming morning.

FLguyTampa_FL
Great way to spend a day off the beach in PV! We had a wonderful experience with this day trip- from pick up to drop off. There was great communication from the start. The driver took us a short van ride to a beautiful setting south of PV. Upon arrival we had very detailed, safety-oriented instructions from a group of terrific, very personable zip line guides who spoke perfect English. We then enjoyed 11 different beautiful zip line rides. There were four people in my group and another group of six but the guides were so efficient we never waited more than a few minutes. Following the zip lines, we enjoyed a sampling of about 8 local tequilas, walked around the beautiful grounds, and enjoyed a delicious lunch. It was a great half day experience and great value. We have already recommended it to several friends.

Luis S
More than just a zip line Just to call it it a zip line , does not give this place justice. This is an experience! I have traveled quite a bit, and the zip line experience is more than just one zip line it is a series of about 9 in total and the experience takes about an hour. This is only the beginning, you could easily spend a day here, there is a hike, the restaurant is amazing, I highly recommend the meal for 2 , it is totally worth the money. I can’t even explain how beautiful it was to eat a great meal by the running water. The scene was amazing!

Jamie S
Great fun Iram and Jorge were brilliant, entertaining and well as explaining everything well and keeping it safe and fun. The girl also did a great job with the photos.

Davvon C
Best experience ever George and Nestor and Luis were great. That made the experience that much better. They're also very funny lol.

Rel M
Great Time! Ziplining is a great time. It’s definitely not for the weak or out of shape. This was my second time doing this sort of activity, and I can’t believe I forgot how tough it is to climb all those steps to get to the platforms you’ll be zipping from. Our tour guides, Luis and Iram, were great and we enjoyed their playful antics.

Fernando
Sweet experience This is a relatively short and sweet activity. Driver picked us up and after not a long ride we were at the site. The instructors were very good with a nice positive and very jokingly vibe. Unlike other tours these guys were actually funny (to me at least). Scenery is great and different zip lines of different lengths (between 200 to almost 500 meters!), with one or two faster ones. You can go upside down with one of the instructors. The kids had a lot of fun and even the old guy who was apprehensive enjoyed it. We were only 12 people in the group, which was nice because there's not a lot of waiting but you had time to enjoy the views. Total time on the zip lines was one hour, so not exhausting (there's some trekking). After the zip lines, the normal tequila little tasting in case you want to buy a bottle, then there's one hour (around 11 am) to have some breakfast/lunch and see the parrots they have in the restaurant area. There's a little river but not too pretty, I guess you can get in on a really hot day. I don't know if there's a nearby trekking path that can be done in one hour, at 11:45 the driver was already looking for us to get ready for the van back, which I like because I don't like tours that drag forever. As the only small negatives, the reservation page seems to give you the option of having the driver pick you up at your hotel from a list, but that's not correct. This confused me and I wasn't sure where I was going to be picked up until 30 mins before it but they cleared it up. Also, they don't let you take anything with you to the zip lines, which in general makes sense since you don't want to drop your phone or wallet, but also the point is so you don't have pictures and have to use their photographer. Pictures are US$40 + tip (he said usually per person but that day was per group), which I think it's quite pricey for digital pictures.

LouiesGang
Fabulous, friendly, fun adventure! We came to Nogalito about 5 years ago had a great experience and wanted to try it again. The zip line guides were all congenial and funny and made us feel safe. There are 11 lines starting with two shorter practice runs and progressing to faster and longer runs. The guides asked if anyone wanted to fly upside down and my daughter immediately volunteered. They flew with her guiding her along the way. It was a fabulous experience that she will remember forever! Following zip lining we had a relaxing lunch in the middle of jungle with the native birds flitting to and from the bird feeders. The food was good and the passion fruit margarita was just what I needed following our wonderful experience. Thanks again to the guides who made our time there so much fun!

kodipitta
Go for the zip lines. Skip the rest We went on a day trip to Nogalito Eco Park and our experience was mixed. I would summarize it as follows: Good - the zip lines and the excellent crew that operate them. The zip line course consists of 11 lines ranging from the very easy ones to the long ones (480m) or the fast ones where you get to practice the braking skills that you just learn. Even for a first timers like us the guides made us feel at ease with all the instruction and support. I can say this was the best part of the trip and the highlight. I would rate this five star for a great experience and the friendly guides. Bad - the 6% credit card surcharge. I was short on cash and wanted to pay with my credit card. I was informed that there is a 6% surcharge if you pay with a credit card. Either you pay or leave. Not much of a choice. Worse - the restaurant and the food. We stayed for lunch based on our driver’s recommendation. This was a mistake. The quality of the food was really bad. The chicken nuggets order was anything but chicken and we turned it away. The rest of the food was not that great either. The 6% surcharge for the bad food made a bad experience even worse. My recommendation is to go for the zip lines and pay with cash. Avoid the food.

EXCELLENT Based on 365 reviews.

Judie Sedrick
The crew at Nogalito Ecopark are all exceptional!! Our tour guides, Israel and Jose, were hilarious and fun but most importantly, they were very conscientious about safety. They were always making sure we were secure and paying attention when they gave instructions. They made our zip lining excursion so fun and exciting!! Our driver, Saul, was so prompt, courteous and very careful with his driving. He definitely made this whole trip experience enjoyable! The restaurant at the park was delicious! The blue corn homemade tortillas were so soft. I highly recommend taking the time to eat a meal afterwards. We didn't do the tequila tasting but others looked like they enjoyed it:) Overall, I would highly recommend this tour group to everyone. Definitely a 5 STAR tour group!! Loved it!!

Jody Sedrick
If you want a jungle adventure this is the place to go!!! Israel and Jose were AMAZING guides! We were very excited for our adventure and boy did they deliver. While we are a super adventurous couple there were people that joined our group that were a little afraid of heights…they were so patient and helpful with them. Definitely worth the trip and value for the price. We HIGHLY recommend them especially if you are an adventure seeker. The bonus is you get to take short walks through the jungle which was really cool. Make sure to order some tacos at the end of the trip. They are 🔥🔥🔥🔥 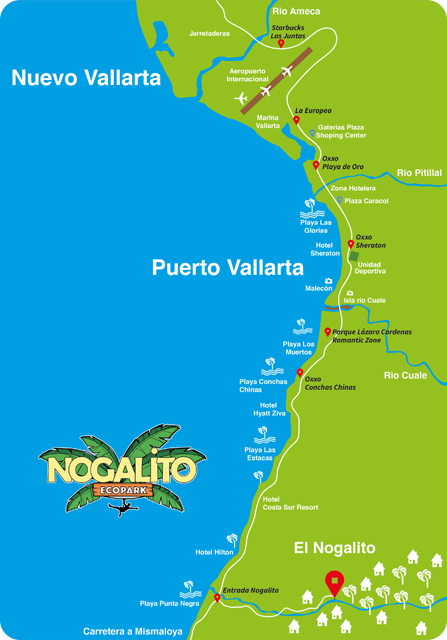